Culture Features
May 14, 2020December 2, 2020 Pritesh Patil 0 Comments Aguero, Anime, Football, Football Anime, Hungry Heart Wild Striker, Japan, Tsubasa Ozora
How do you get into football? It usually begins by supporting your local team, right? Or growing into – or perhaps out of – love with a team that your family supports. Maybe you saw a team playing on the telly and came to adore their playing style. Maybe you wanted to bask in the reflected glory of the champions and slowly but surely became an ardent follower of the club. In rarer cases, it could be because you found the uniform or the name of the club – or even its mascot appealing. But have you heard of someone getting into the beautiful game because of a cartoon? Because of an anime? Well, that’s how yours truly got into the game, and for a long time, I wondered if I was the only one who was inspired to pursue such a nebulous passion origination from such an unusual place in my childhood. It was only a decade after that I found fellow amateur footballers and fanatics whose love for the sport originated from similar places of our childhood – from the heartstopping, gravity-defying anime that was Captain Tsubasa & Hungry Heart: Wild Striker. 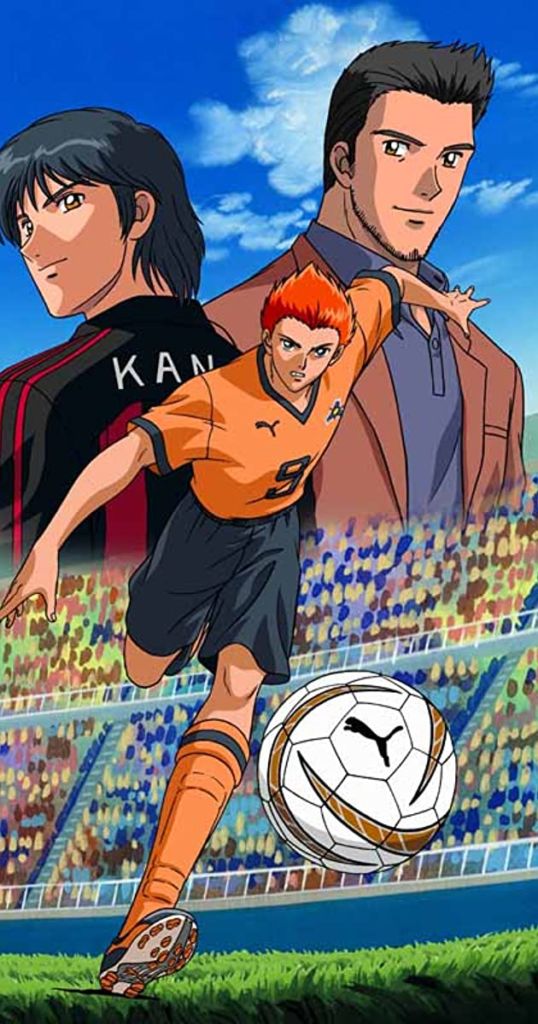 Then one day while scrolling through Instagram’s social media feed before a derby, I found Tsubasa Ozora’s face peeking out of a pair of shin guards. On further investigation, I realized they belonged to one Sergio ‘Kun’ Aguero – arguably one of the Premier League’s greatest strikers – and he planned to wear them during the crucial game. What followed couldn’t have been more poetic, as keeping in tune with Tsubasa’s legend, the big man scored a stunning strike against the Red Devils, leading his team to victory. Later on, a jubilant Aguero was giving away those same favoured shins away to a lucky fan on Twitter. That’s when I realized a fact which had seemed unfathomable to me in the past – that these real-life heroes of mine had been inspired by the same anime which had first gotten me into the sport. That though I looked up to them, all of us looked up to the footballing great of the anime world – one Tsubasa Ozora. When you hear Andres Iniesta, James Rodriguez, Alexis Sanchez, and Fernando Torres speak about their idols; the list will be full of the usual suspects ranging from Maradona and Pele to the Fenomeno Ronaldo and Romario. But beyond these real-life legends, all of these footballers believe in – and aspire to be – like a player who they first encountered on the dog-eared pages of a manga and the flickering channels of the TV. One Captain Tsubasa – or as he was known in Latin America, Oliver Atom. Tsubasa Ozora’s journey begins in a small Japanese town, where his fondness for the beautiful game begins at a young age. Indeed, it is only because he was carrying a football with him that he lived when a bus crashed into him – the ball taking the brunt of the collision and saving him. Since then, it’s all about the rise and rise of Tsubasa as he takes underdogs Nankatsu to the high school championships where they battle against rival teams led by Genzo Wakabayashi and Kojiro Hyuga, who later on become key parts of the Japanese National Team led by – you guessed it – Captain Tsubasa. The underdog’s journey is one of trial and tribulation and heartfelt emotions, coupled with gravity-defying goals and moves you won’t see in real-life soccer, but which leave you salivating for more when seen in an anime. From Tsubasa’s famous ‘Drive Shooter,’ a kick which is quite similar to the knuckleball technique, to Hyuga’s ‘Tiger Shot’ which is pure power, the series has a number of intriguing and awe-inspiring moves on display, ones which you can’t help but try and practice even though they are impractical in a world ruled by the laws of physics. Fernando Torres is one footballer who has no qualms about making his love for the manga and anime known. When asked, he fondly says, “I remember when I was a kid, we couldn’t find the signal very well on TV, but everyone in school was talking about this cartoon about soccer, from Japan. I started playing soccer because of that.”

Alessandro Del Piero is another whose love for the anime is well known. When he received a portrait drawn by the series creator Yoichi Takahashi, it went on to adorn his social media and become the display picture for quite some time. James Rodriguez of Columbia is another who has been immortalized in a similar drawing by the artist. For the last FIFA World Cup, he even launched a reboot of the series which included the likes of Lionel Messi, Cristiano Ronaldo, James Rodriguez and Javier ‘Chicharito’ Hernandez. The manga has truly come a long way since its humble beginnings in a small panel of the Weekly Shohnen Jump. What began as a strip of manga in 1981 has since become a cultural phenomenon, leading a footballing revolution in Japan and inspiring an entire generation of soccer stars. Indeed, when Yoichi Takahashi began the series in the early 80s, he was full of doubt. The country of Japan only had a semi-professional soccer league, only 4% of the country was engaged in the sport, and even the creator himself wondered whether the beloved sport of baseball would be a better draw for the audience. Thankfully, Takahashi himself caught the footballing bug as he realized the global draw of the beautiful game, and he set his heart and soul upon Captain Tsubasa. The rest, as they say, is history. An entire generation of children grew into adulthood reading about the exploits of Tsubasa and his friends. An entire generation of children became adults with a thirst for the beautiful game. As the fandom grew, so did the sport. Soon, Japan had its own competitive, professional league, and with interest came investment, helping the sport rise and rise again, until Japan finally made it to the World Cup in 1998 – the next edition of which was co-hosted by the country with South Korea, which even had a promotional anime starring Tsubasa and his compatriots in a play-off style run to the World Cup Finals against the best of the world titled ‘Flash Kicker: Road to 2002’. Since then, the Blue Samurai has been a permanent fixture at every FIFA World Cup, going on to even win the women’s edition of the same in 2011. Indeed, when the country beat the South American heavyweights Columbia in 2018, Takahashi remarked how they had used a technique known in the series as ‘The Birdcage’ and the fandom let out a collective gasp as they saw life imitate art once again.

If one were to go beyond the omnipresent series, then the Japanese series called Hungry Heart: Wild Striker about an orange-haired, hot-head striker who joins the perennial underdogs and leads them to prefecture glory, followed by a strong showing in the National Tournament as he battles an emotional crisis and family heartbreak while trying to follow in the footsteps of his brother who plays for AC Milan while trying to maintain his own distinct identity is more realistic while having the bittersweet finale anime shows and mangas are known to have. Though not as well-known as its compatriot, this series became a cult-favourite in countries like India, where anime came into the picture through the channel Animax, inspiring a generation of youngsters to get into the sport – while slowly helping build the football culture. 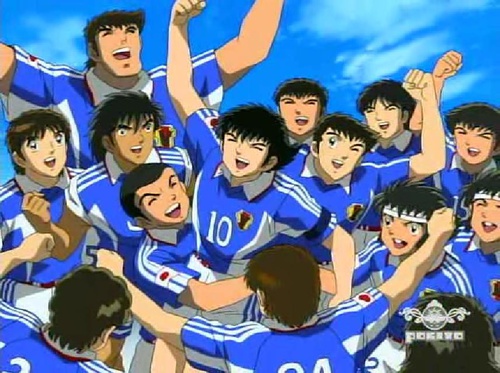 Looking back, one of the major reasons for Captain Tsubasa’s success is the international nature of the manga. A boy from Japan who moves to the top league in Brazil, leading his club to victory against a rival who invoked images of Ronaldo and Ronaldinho, to the streets of Spain, where he joins the Catalan giants and is taken under the wing of another soccer great reminiscent of Messi being mentored by Dinho, to his compatriot’s journey to Germany, France and Italy, where they eventually face off against each other. The series had a truly international flavour, and it made you believe that if you tried hard enough, if you broke past your limits, you too could be there, shining bright on the green fields of grass alongside Captain Tsubasa and his team-mates. That like Nakata, Nakamura and Kagawa, you too could follow in the footsteps of Japan, and lead your country to the World Cup.

Purveyor of stories, hope and rebellions. Often found exploring the nooks and crannies of the city searching for adventures and gaps between worlds. You can find him on Twitter as @TheQuillseeker.