The weekend is back and so are the double-headers! Today, Rajasthan Royals will be taking on Royal Challengers Bangalore at the Dubai International Cricket Stadium in the first of the two games. Rajasthan Royals, having just 6 points after 8 games, will have to win this match if they want to see themselves qualify for the playoffs. However, it is easier said than done. Royal Challengers Bangalore are in a much better position and currently relax in third position after 10 points from 8 games. Rajasthan’s batsmen are not up to the mark, in part due to them being played out of their natural position. 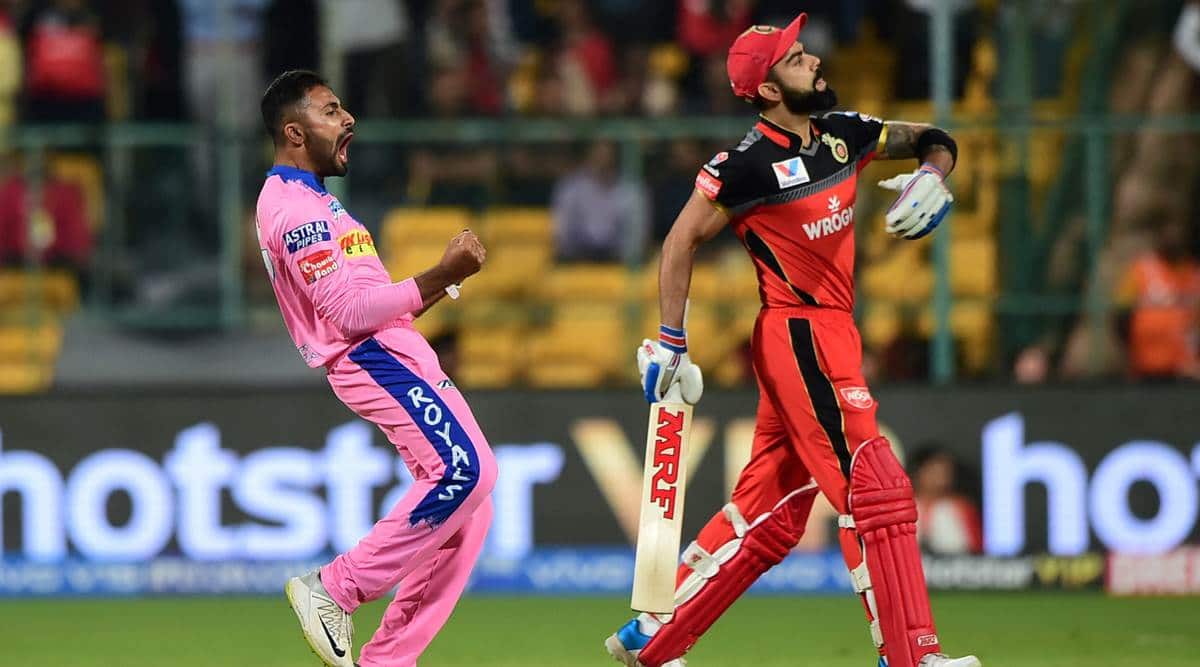 Sanju Samson and Ab de Villiers are the players who can earn you some extra points with their big hits. Virat and Devdutt are the players to watch out for in today’s match, and only Jofra can stop them. Yuzi is the most important RCB bowler, while Kartik Tyagi is proving to be a great investment. Hence, we chose them for our dream team. Dubai’s pitch is as solid as cement, and we think a score of 170 can be considered defendable.