The second match of Super Funday is a match between two teams that find themselves from the opposite ends of the table Mumbai Indians will be taking on Kings XI Punjab. Mumbai Indians is on a winning spree of five matches, on the other hand, Kings XI Punjab finally won the match against Royal Challengers Bangalore, after losing five matches in a row. Punjab finally decided to bring the Universe Boss on the ground and he scored a half-century in his first match of IPL 2020. But is it enough to stop the mavericks from Mumbai? Mumbai’s bowlers are performing on an entirely different level. Meanwhile, Punjab’s bowling department still needs significant improvement, or else ‘Hitman’ Rohit will slaughter the bowlers of Punjab like a lamb. 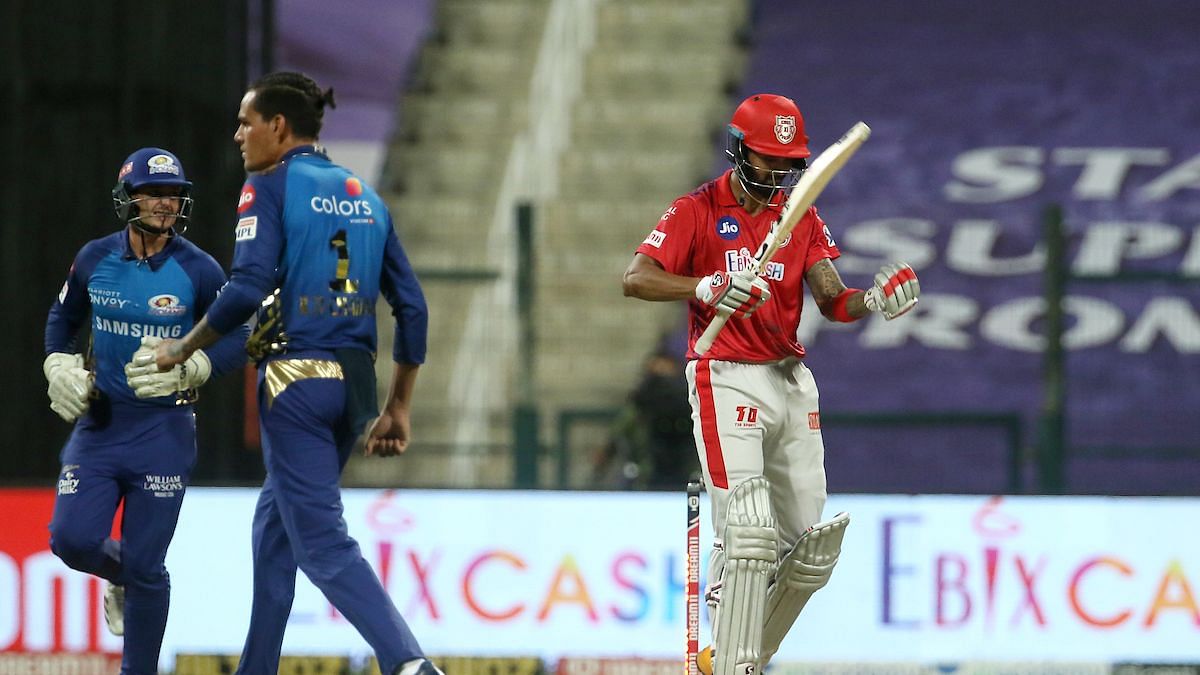 Quinton de Kock scored an unbeaten half-century in the last match. KL Rahul is just a run machine, topping the run-getter charts this year. Both players are phenomenal batsmen and wicket-keepers, hence we decided to take them both into our dream team. We have no words for Gayle’s performance the other night, so he walks into our dream team without any fuss. Boult and Bumrah are the most valuable bowlers for Mumbai and are in the contention for the purple cap. Arshdeep Singh is a young pacer who hails from Punjab, and he is consistently delivering the goods for his team. According to us, a score of 175 can be considered defendable for tonight’s game.