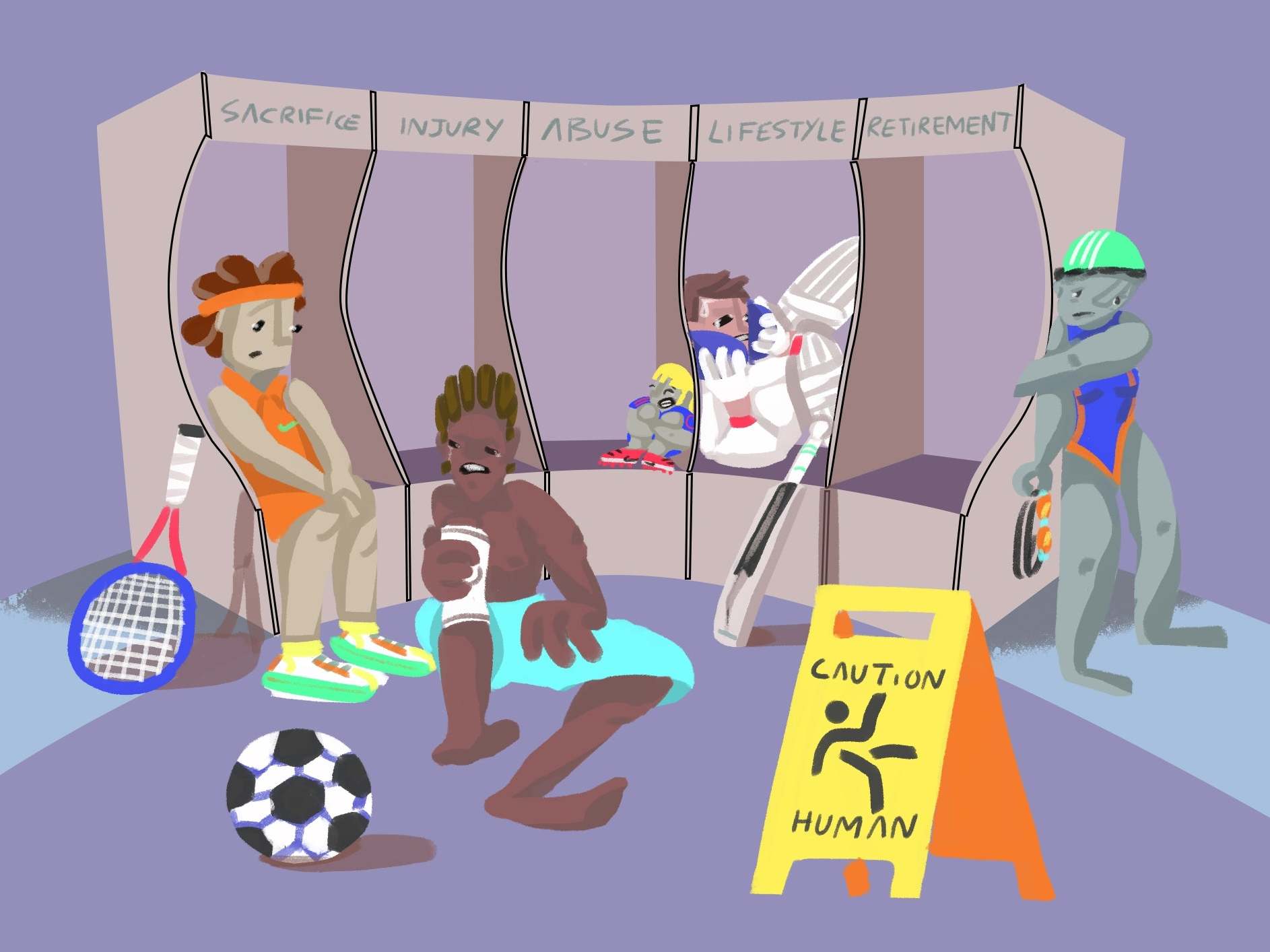 Indian society has a turbulent relationship with mental health. It’s a topic oft shunned. We’d rather not talk about it. Ignore it and brush it under the carpet, as if that will stop it from existing. In fact, the most common answer Indian parents give their children when they hear of troubles is either an anecdote about how things were worse off in their times and the beatings they got which helped them become mature (Spoiler alert: It didn’t), or a suggestion to go and sleep, and everything will be better when they wake up.

It’s no wonder then that sports, considered the pinnacle of human resilience and achievement in India, have no space for discussing mental health troubles.

Thankfully, as the famous Bob Dylan song goes, the times they are a-changin’.

Last year, Virat Kohli spoke out in support of Australia’s Glenn Maxwell who took a sabbatical from cricket to focus on his mental health. Abhinav Bindra spoke of his own struggles of the mind. Harampreet Kaur, Indian women’s T20 team captain convinced the BCCI to appoint a psychologist to help the squad.

Sports stars have begun advocating for mental health and better support for athletes, and finally, their voices are being heard.

Last year, Wangjam took ATK’s David Williams down in the box and conceded a penalty. It meant Bengaluru went trophyless for the first time in 7 years. The incident haunted him and took a toll on his mind. Thankfully, he was able to talk about it with his loved ones and come out stronger.

He was the lucky one.

Most sportspeople end up bottling their anger and despair, which can spiral into a vicious cycle. Former Indian spin-bowler Maninder Singh who went from glory to addiction due to mental health troubles tells the Press, “I was a name. I was scared if I went to a psychologist or a psychiatrist, people would write in the newspapers and all that. So I showed a brave front. But from inside I was gone.”

‘Man-up,’ these words have taken more lives and careers than one can count.

With the coronavirus pandemic bogging down humanity’s collective consciousness, Bengaluru FC’s ‘Care Around the Corner’ program to raise awareness on issues of mental health couldn’t have come at a more apt time. Mental health experts will be accessible through their Scottish partners, Rangers FC, to anyone who needs attention on matters beyond the scope of mere football. This follows in the wake of IPL’s Royal Challengers Bangalore investing in similar experts to help keep their players hale and hearty in matters of the mind as well as the body.

Imagine if such help was available in the past, how much it could have helped not only sportspeople, but also the average Indian, who place these sports stars on a pedestal. Perhaps they would have tried to get help too, instead of resorting to more extreme measures.

Now, we just need to ensure that it isn’t a flash in the pan, but one which is sustained for the long term.