The recently-concluded Syed Mushtaq Ali T20 tournament has provided a lucid picture to the 8 teams about which players are in form and are bankable prospects in the long run. The 2021 Indian Premier League is just around the corner. But, before the tournament commences, there is the much-awaited IPL auction to watch out for. The mini-auction for this season will be organized in Chennai on February 18.

This is the decisive moment in the careers of many players. Many overseas cricketers have made themselves available for the same.

However, there are quite a few Indian uncapped players who have been waiting religiously for procuring a place in an IPL team. This is also the right time for teams to trawl through the players’ list and build strategies and targets to get their ideal choice in the IPL auction. 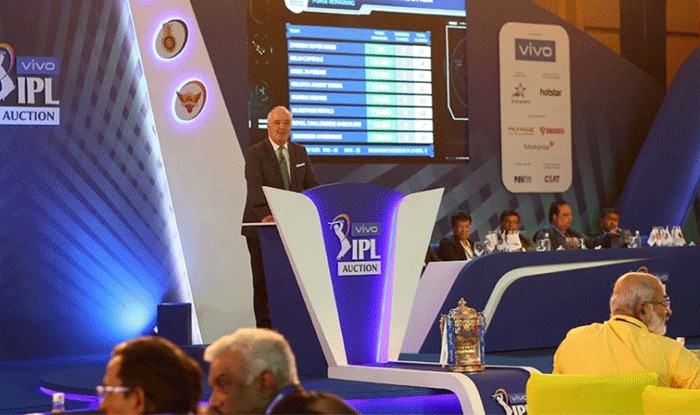 So, let’s list down the top 5 uncapped Indian players who could get placed on D-Day.

In the absence of the big names, Vishnu Solanki put his hands up for Baroda to star in some crucial wins. Having chipped in with some crucial knocks against Chhattisgarh and Gujarat, his big moment came against Haryana in the quarterfinal. Needing 15 runs from the final three balls of the innings to send his team to the semifinal, Solanki stepped up by smashing a six and a four and went on to fetch another six off the final ball to close out the game in dramatic fashion. In the final, Solanki played another crucial hand, scoring 49 to lift Baroda to 129 after they were reeling at 36 for 6.

He ended the tournament as the fifth-highest run-getter. In the eight innings he played, he scored 267 runs at an average of 53.40 and boasted of a healthy strike rate of 128.37.

He hasn’t been picked in any of the IPL auctions so far, but it seems that 2021 could just be the year for the aspiring batsman. He has been one of the top scorers for the Baroda team and may see some bids being made for him on the auction day.

Yet another interesting prospect from the Baroda team, this left-arm pacer was a revelation for Baroda this season. Despite kick-starting the tournament on a poor note, he came back strong picking up eight wickets in the next two games, including a stunning 5 for 8 against Chhattisgarh. Meriwala reserved his best for the semifinal where he got rid of Punjab’s free-flowing in-form openers Prabhsimran Singh and Abhishek Sharma to set up his side’s 25-run-win. He picked up 72 wickets at an average of 14.54 and had an excellent economy of 6.72 along with a bowling strike rate of 12.9. Such stats certainly speak for themselves and cannot be overlooked by the IPL franchises.

Avi Barot is another talented prospect from the Saurashtra cricket team. He was someone who compelled the games’ viewers to stop and take notice of his abilities in the Syed Mushtaq Ali T20 tournament. He deserved this feat courtesy to the two special knocks he played. In a game against Goa, he scored 122 runs while against Vidarbha he almost scored a century but fell for 93 with just seven runs short. In the tournament, he scored 283 runs in only five innings with a humungous strike rate of 185 and I don’t know what should make the selectors’ heads turn more than such attractive stats. That is something which will pique a couple of teams’ interests who are seeking for an Indian batsman who scores at a brisk rate and is a very clean hitter of the ball.

Jalaj Saxena has been sort of a big name in the Indian domestic circles for the past few years. He has impressed everyone with his consistent displays of high calibre with both the bat and the ball. In the recently concluded Syed Mushtaq Ali Trophy, he bagged 10 wickets from five matches at an average of 11.90.

Saxena has been selected by IPL teams many times earlier. He was with the Mumbai Indians in 2013 and 2014. In 2015, he was with the Royal Challengers Bangalore and lastly, he was picked by Delhi Capitals in 2019. But as luck would have it, the all-rounder could never get the chance to be in the playing eleven in a single IPL match so far. As the 2021 IPL auction is slowly approaching, he has been a part of many analysts’ opinions for being ignored by the Indian selectors for a considerable amount of time despite his consistent performances in domestic cricket. Let’s see if 2021 finally gives this lad his deserved opportunity to showcase his cricketing talent.

And yet again, I am compelled to include one more player from the Baroda circuit, but that’s how fascinating the performance and spirit was displayed by the team this season which saw them as the runner-ups of the tournament. Speaking about Kedar Devdhar, he has been performing well for the past few years for his domestic team. He was undoubtedly one of the best performers in the recently concluded domestic T20 tournament. He ended the tournament as the second-highest run-scorer. In the eight innings he played, he scored 349 runs at an impressive average of 69.80.

He was given the responsibility of captaining the Baroda team after Krunal Pandya had to leave the team midway due to his fathers’ demise. And, he went on to bring the team till the finals and showed an exemplary spirit of not backing down when faced with hurdles and played some very responsible knocks to say the least. Devdhar has been demonstrating his significance and utility as an opening batsman season after season for Baroda but unfortunately hasn’t seen any returns from the grand league yet but this year we might see him go under the hammer.

This year’s mini-auction will be an interesting one considering the just concluded Mushtaq Ali Trophy saw quite a few youngsters make a name for themselves. Let’s hope they get their moment in the sun.