With a purse of over INR 53 Crores, the re-branded Punjab Kings had enough in their kitty to address the area they were most lacking in – fast bowling. They shopped primarily in the overseas bowlers’ section, adding the young Australia duo of Jhye Richardson (INR 14 Cr) and Riley Meredith (INR 8Cr) for a combined spend of over 45% of their budget to fend off competition from Delhi Capitals and Royal Challengers Bangalore.

They were proactive in the value-for-money all-rounders section too, but didn’t fight as hard as they should have for Shakib Al Hasan. They lost Chris Morris for an all-time record bid to Rajasthan Royals. Having released Glenn Maxwell and James Neesham, PBKS instead filled the void with Moises Henriques after another great bidding war with RCB, and Fabian Allen (base price – INR 75 Lakh). The Indian duo of Jalaj Saxena and Saurabh Kumar completes the all-rounders’ roster.

Punjab’s power previous season was their top-order batting, but they have further increased it with the inclusion of Dawid Malan, maybe as an insurance cover for the 41-year-old Chris Gayle. Their finishing was a grey area, tackled with the signing of Tamil Nadu batting sensation Shahrukh Khan (INR 5.25 Cr), whose stock has been on the rise with some high-impact cameos during the Syed Mushtaq Ali Trophy. 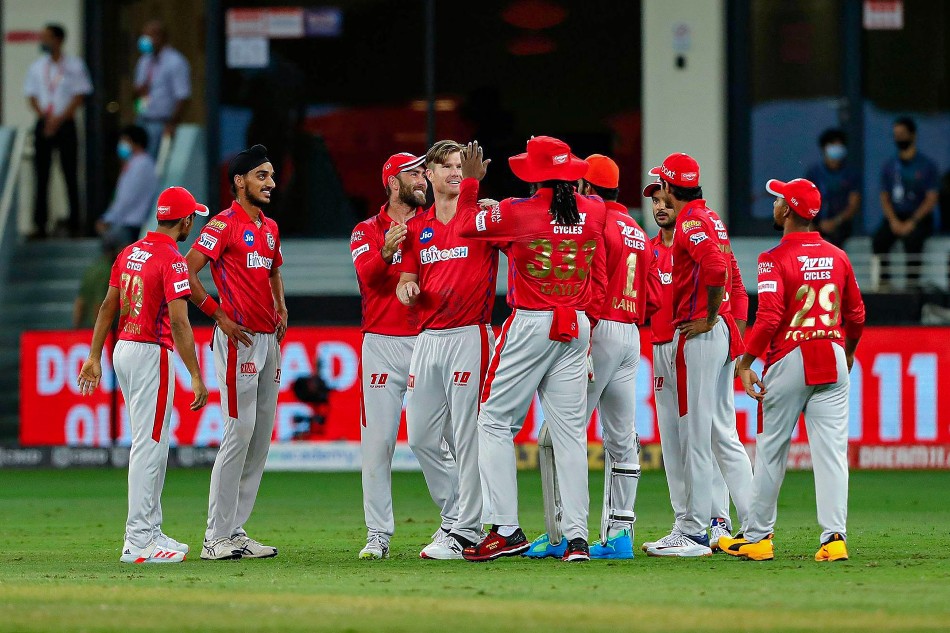 Players bought in the auction: 8

Purse at the end of the auction: INR 35 Lakh

Having once again hit the reset button on their squad, RCB were assumed to be among the more active teams at the auction, and they were. They confronted a major deep-rooted problem – the over-dependency on Virat Kohli and AB De Villiers – by striking for Glenn Maxwell.  A fast-bowling all-rounder was the next item on RCB’s agenda and peculiarly, they went as far as INR 9.75 Cr for Chris Morris – only 25 lakh short of the amount they’d paid for their released star. That position, nevertheless, was filled with the signing of New Zealand’s Kyle Jamieson for a whopping INR 15 Cr.

Between Jamieson and Maxwell, RCB spent INR 29.25 Cr. They added all-rounder Dan Christian for INR 4.8 Cr and then cushioned the big overseas picks with five uncapped Indian players for a sum total of INR 1Cr. This included two Indian keeper-bats in Mohammed Azharuddeen and KS Bharat. Concerns linger over how they’ll balance their foreign players to fix persisting problems, but considering a mega-auction next year is likely, hit big and hope is as good a plan as any. 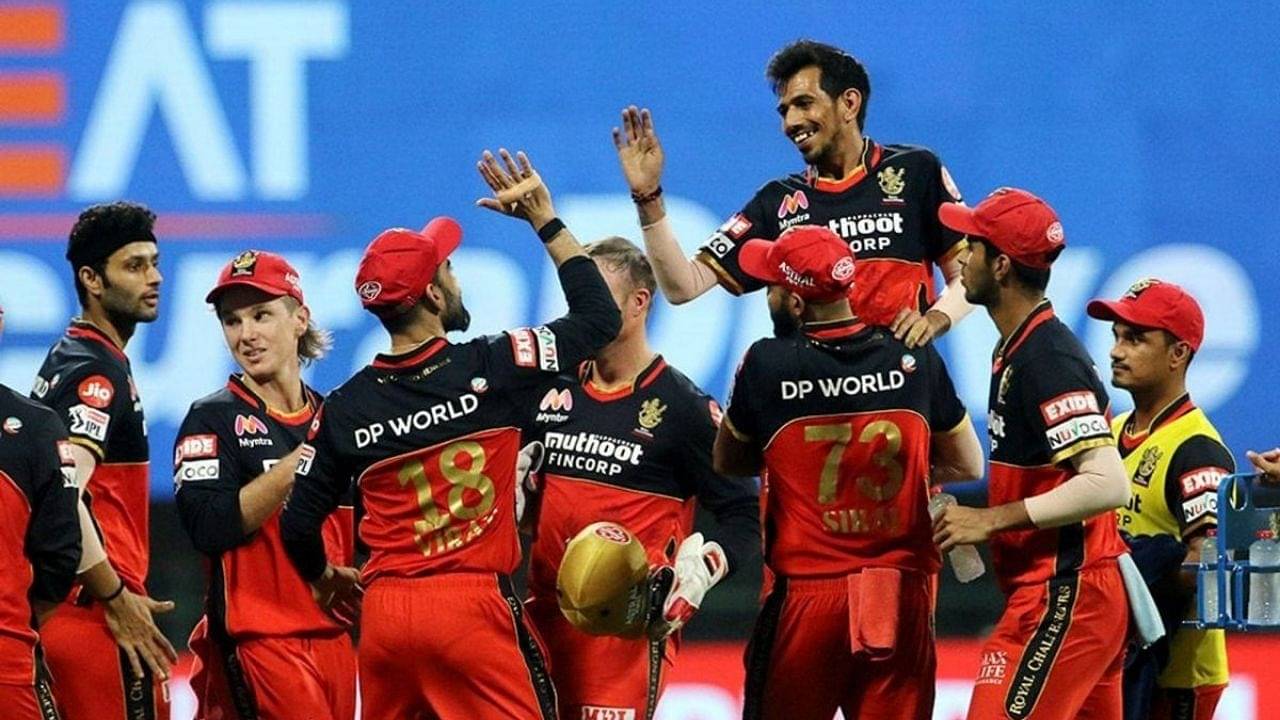 After a determined-yet-failed pursuit of Glenn Maxwell (their bid – 14 Cr, winning bid – 14.25 Cr), CSK settled for their second-choice target in Moeen Ali (INR 7 Cr), who can help them address two key issues that pushed the team to their worst season last year. With him, CSK now has an off-spin option, which was missing in 2020, as well as the flexibility of a versatile batsman to field either at the top of the order to give their poor Powerplay returns a facelift or through the middle to keep run chases alive.

Having released Piyush Chawla and Karn Sharma, CSK went hard for another off-spinner after Moeen, capable of providing late batting impetus, in K Gowtham. Though it remains to be seen where the 2021 season will be held, CSK appeared to be assembling towards one at home, like they did in 2020 and struggled to cope. They were stretched as far as INR 9.25 Cr for Gowtham – the highest-ever bid for an uncapped Indian player – to stave off SRH’s persistence. They also gave Cheteshwar Pujara his first IPL contract since 2014, but it is improbable that Test No. 3 will fit in as a first-choice top-order option. Balance between bat and ball was distinctly what Rajasthan Royals were after, advancing into the auction. Their main answer to that issue, they believed, was Chris Morris. Rajasthan won the four-way bidding war with the highest-ever bid for a player in auction history at INR 16.25 Cr. Releasing Steve Smith won them an extra overseas slot which they filled with the experience of Morris, who isn’t just a flamboyant finisher but also solves an area of concern from last season – bowling at the death.

They further went on to obtain another all-rounder in Shivam Dube, factoring in the brittle middle order that failed to step up last season. Add to that their other overseas signing in Liam Livingstone, who also bowls occasional spin. With Ben Stokes already in their squad, they would be more than happy with their portion of all-rounders, regardless of where the IPL is organized. As reinforcement for spearhead Jofra Archer, obtaining Mustafizur Rahman for base price was a clever purchase, considering his experience and huge contribution in the title-winning season for SRH in 2016. Also having released Ankit Rajpoot and Varun Aaron, they picked Chetan Sakariya (1.20 Cr) as the back-up Indian seamer with the likes of Jaydev Unadkat and Kartik Tyagi already present in the squad.

On expected lines, Mumbai Indians didn’t have a busy day at the auction, with their core 2020-season winning team still intact. Even though they had offloaded their foreign pace quartet of Nathan Coulter-Nile, Lasith Malinga (retired) , Mitchell McClenaghan and James Pattinson ahead of the auction, they bought back Coulter-Nile for INR 5 Cr. He will be supported by Adam Milne, for whom the defending champions paid INR 3.2 Cr. They further bolstered their spin and all-round department by bagging Piyush Chawla and James Neesham. They also picked three uncapped players – Arjun Tendulkar, Yudhvir Singh and South Africa’s Marco Jansen, who are doubtful to play any crucial role for the side in the upcoming season.

Following the auction, Mumbai Indians may be slightly light in the foreign pacer department as compared to the pack they had carried to the UAE, but the other departments have been beefed up with backups. Delhi Capitals needed a quality third seamer in their attack to partner Kagiso Rabada and Anrich Nortje, and found it in Umesh Yadav – whom they bought at his base price of INR 1 cr. Delhi also has Ishant Sharma, who missed more than half of IPL 2020 due to injury. Coming into the auction with one of the lowest purses, DC spent the most on bowling all-rounder Tom Curran (INR 5.35 Cr). Steve Smith at INR 2.20 Cr was a surprise pick.

Having released Alex Carey, DC picked Sam Billings (INR 2.00 Cr) who can now slot in as their finisher and also serve as a wicket-keeper, if need be. The team also needed a back-up Indian wicket-keeper, which they got in the form of Kerala player Vishnu Vinod. Ripal Patel (Gujarat), Manimaran Siddharth (Tamil Nadu) and Lukman Meriwala (Baroda) – all bought at their base price of INR 20 lakh each – completed the roster. 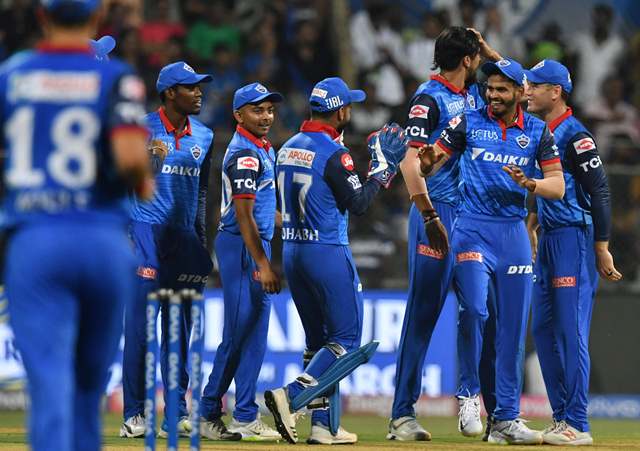 The Sunrisers Hyderabad table was calm for the major part of the auction. It was hardly a surprise considering they already had 22 players on their roster. SRH picked up three more players to complete their squad, none of who look certain to make it to their first-choice XI.

J Suchith, who has appeared in the IPL before, was bought for INR 30 lakh and will strengthen the Indian spin attack. The Afghan contingent has a new addition in the form of Mujeeb-ur-Rahman who was bought for INR 1.50 Cr. Even though Mujeeb is not expected to start, he will be an apt back-up for his compatriot Rashid Khan. SRH made a surprising move by picking the Indian veteran Kedar Jadhav for the base price of INR 2 Cr, considering his string of low scores throughout the 2020 season. One of the reasons for this move can be utilizing him as a back-up if their young guns in the middle-order fail to make an impact. If he gets his form back in that instance, he can prove to be an asset for SRH. 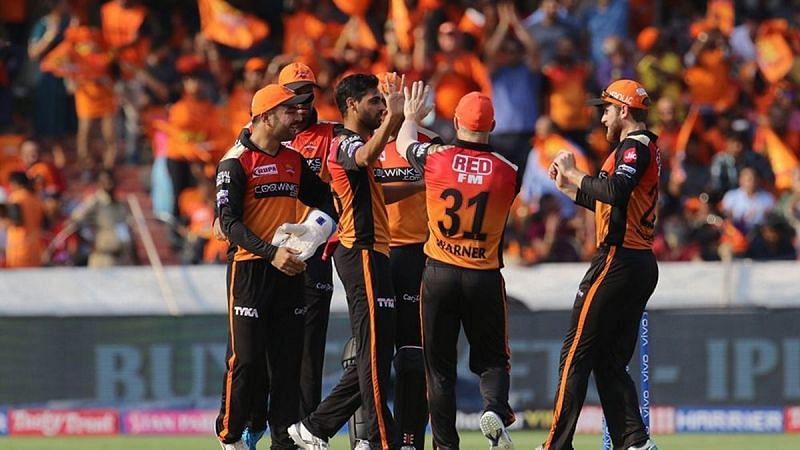 KKR walked into the auction with a purse of INR 10.75 Cr and were looking to fill two of their overseas slots. Their primary aim was to find suitable proxies for Andre Russell and Sunil Narine. They spent INR 3.2 Cr to bring back Shakib Al Hasan in their squad while also getting pace-bowling all-rounder Ben Cutting.

They added more batting options by buying Karun Nair and Sheldon Jackson. Harbhajan Singh, who went unsold in the first round, was also bought in late in the auction. 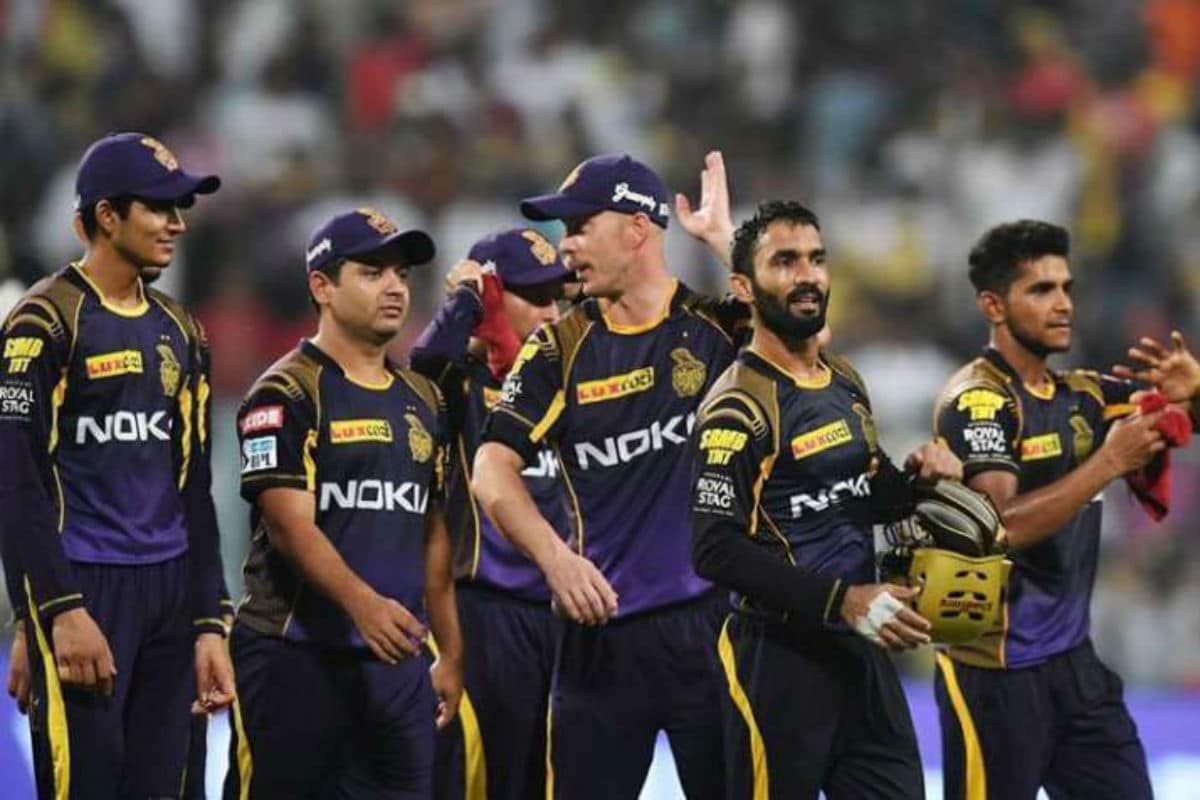