Law 41.2.3 of the MCC Laws of Cricket states a player has committed an offence if he takes any action to willfully change the condition of the ball. The fielder is allowed to polish the ball – provided they use no “artificial substance” to do so. Together, saliva and sweat have “naturally” met bowlers’ requirements to have one side of the ball shinier than the other, thereby allowing faster airflow and enabling the physics of swing.

The Coronavirus exposed the perils of applying saliva on the ball. The high risk of transmission forced the ICC into recommending its ban on ball maintenance (tampering). Sweat is considered safe. However, leading fast bowlers, including the No. 1 Test bowler Pat Cummins, still seek a saliva substitute. This gives rise to the question – can we open the areas of the law to promote the use of artificial ball shiners like wax, polish or sandpaper in the post-Corona era of Cricket?

This was accurate even pre-Corona but a pandemic is the right time to lessen cricket’s reliance on bodily fluids to obtain a competitive edge. Even in the centre of Sandpapergate, some admitted the exaggeration of everything that happened afterwards.

Cricketers have indulged in ball-tampering since time immemorial. This is a fact. Of course, some have been more blatant – using bottle tops and razor blades – than others –  who used sugary mints. The late Bob Woolmer summed up MCC’s law 41.3.2 best when he said: “It’s like prohibition: the more you ban alcohol, the more it goes underground. The more laws you make to try to stop it being done, the more the players go the other way.” As the ICC conceded, the sport needs improved sanitation measures on the field. With saliva out of the picture, who is to say those not blessed with generous sweat glands on the forehead wouldn’t go the Fanie de Villiers way of using their armpits? Imagine being a slip fielder in the era of Covid who sees this. Then the next ball nicks the outside edge and flies towards you. What do you do?

The best plan, hence, is to normalize the “artificial substance” to be used – sandpaper or a special wax – and have its execution done in the umpire’s gaze. MCC’s backing would produce a level playing field in this setup and reduce avenues for cheating. If anything, this could only create a more secure atmosphere around the sport.

Counterview: Surely not. Too Ambiguous. 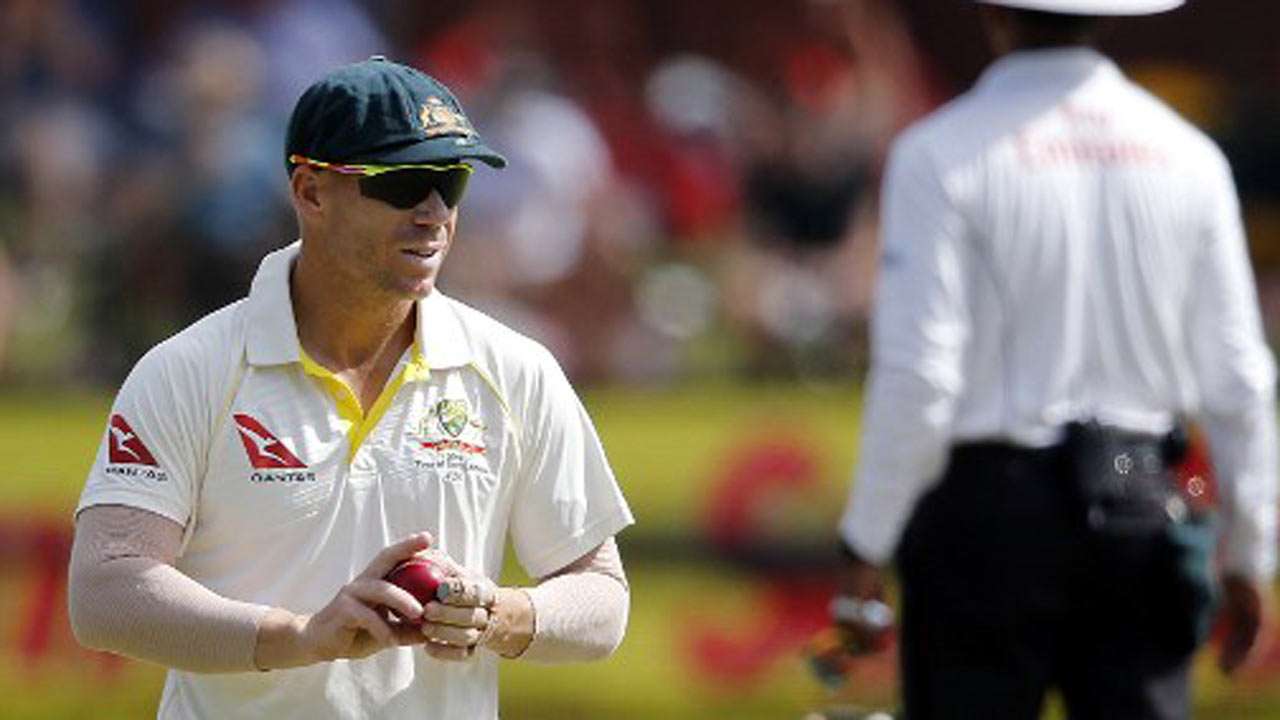 Imagine David Warner’s surprise. He takes a break from making Instagram reels and stumbles upon an ICC statement that says his “offence” – the one for which he served a year’s ban is suddenly acceptable. Permitting players to tamper with the ball will come as a big slap in the face of Cricket Australia and their much-publicized reaction to the Newlands Test saga of 2018, when they handed out long bans to three players, underwent a culture analysis and strenuously attempted an image change.

Even if you reason that those events happened in a pre-covid world, when times weren’t unusual as they are now, it’s likely to be a hurdle in the effort to reformulate the laws. How precisely do you explain ‘controlled’ ball-tampering without making it ambiguous? Produce an airport-like list of banned and acceptable objects? Call for the umpires every time a bowling side plans to give the ball a shine via an external item?

Even if these issues are somehow solved and we dive into the world of cricket where tampering is the norm, what will it do to the legacy of some of the fast bowlers who still have much to offer? What will be spoken of the current No. 1 Pat Cummins, years later when he’s compared with the other modern-day stalwarts who didn’t have the benefit of bowling in a similarly favourable environment?

Should he end up adding considerably to his current tally of 164 Test wickets, and go past milestones of a Dale Steyn or a James Anderson, will he be held on a higher pedestal, or will there be an asterisk next to his accomplishments to indicate the privilege afforded to him? Or worse still, dismissed from debates on account of it? Will the conclusion drawn from any comparative analysis be true, thanks to the change in the law that’s been in place for so long?

It’s a precarious topic that will invite a lot of debate. Where do you stand on it?

One thought on “Should Cricket Progress towards Controlled Ball Tampering?”