The scene is of Dahi handi, one of the traditional Indian games, played in celebration of the birth of Lord Krishna. The handi is set. The teams are set. The people are set too. The game begins. The loudspeakers blare. The song is the same one as was the last year. Maybe it was the same two years back too. The original song was pictured on Shammi Kapoor almost 50 years back but it sounds still the same. The lyrics are timeless. You know which song I mean. ‘Govinda Aala Re,’ that’s the one.

The song captures the essence of Janmasthami i.e. the game of Dahi Handi, the human towers, which are the major attractions of the festival. But there’s more. There’s Lessons of management, which must be followed by the participants or gvaalas as they are called.

Come to think of it, the lyrics even literally tells us the number of participants in each tier. It’s the counting from the top. The line says for every one to four gvaalas there are five to seven supporting gvaalas. That is a basic lesson in team management. Behind every team leader, there are at least five people, an actual practice followed in the management world. You can look it up for the ideal team size.

But that’s not all. Dahi handi is an entire book on team management. The entire team or pathak is driven by a single goal. That is the theory of goal setting in team management. Every team member working on a project has a task assigned. They are exemplary at it and usually do not multitask or do other work. And guess what, the same is in dahi handi as well. A well-built person is only and only kept at lower tiers. An agile one is at the top. This is planned and assigned according to their expertise. 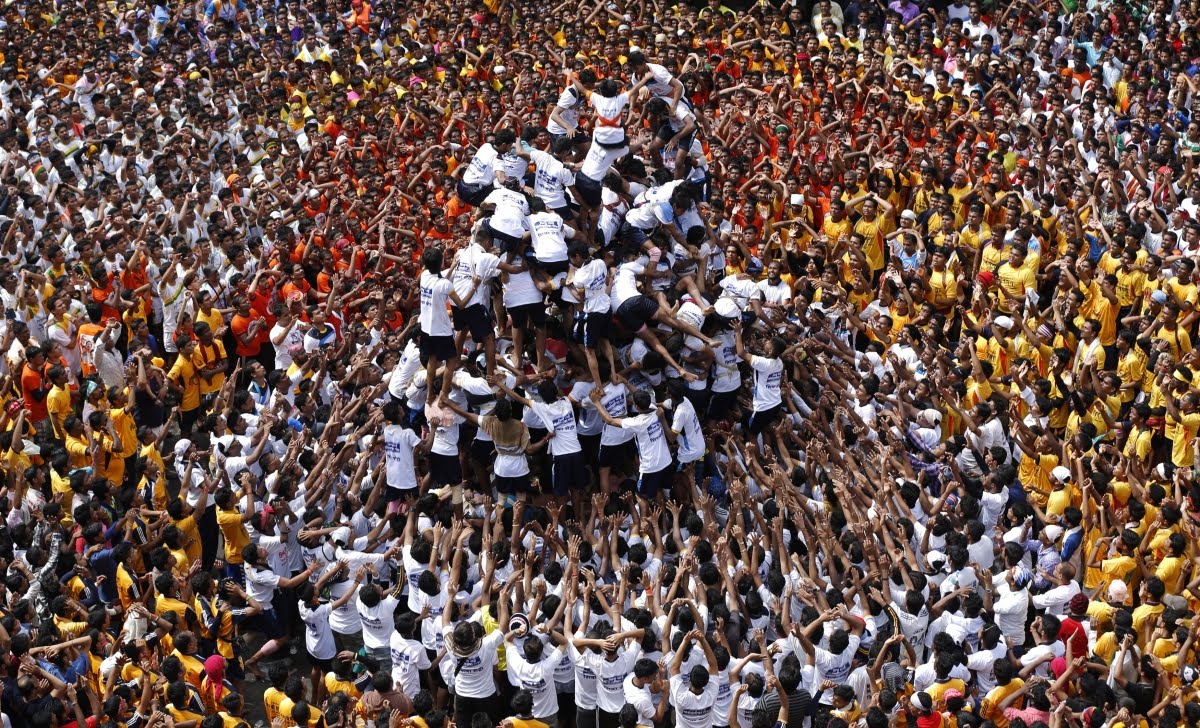 But is dahi handi the only Indian sports which possess management lessons? I think not. Let’s look at kabbadi now. What do you think kabbadi is a game of? Of course, it’s a forked version of kusthi but as kusthi is kabbadi a game of strength. Tactics? Speed? No. It’s a lesson of game theory. Game theory in management decides how our decisions or game should be with respect to our competition. It is used extensively in the business world and those who utilized it properly are the companies that are still alive. Game theory allows us to make rational decisions and kabbadi is the game that extensively uses game theory. 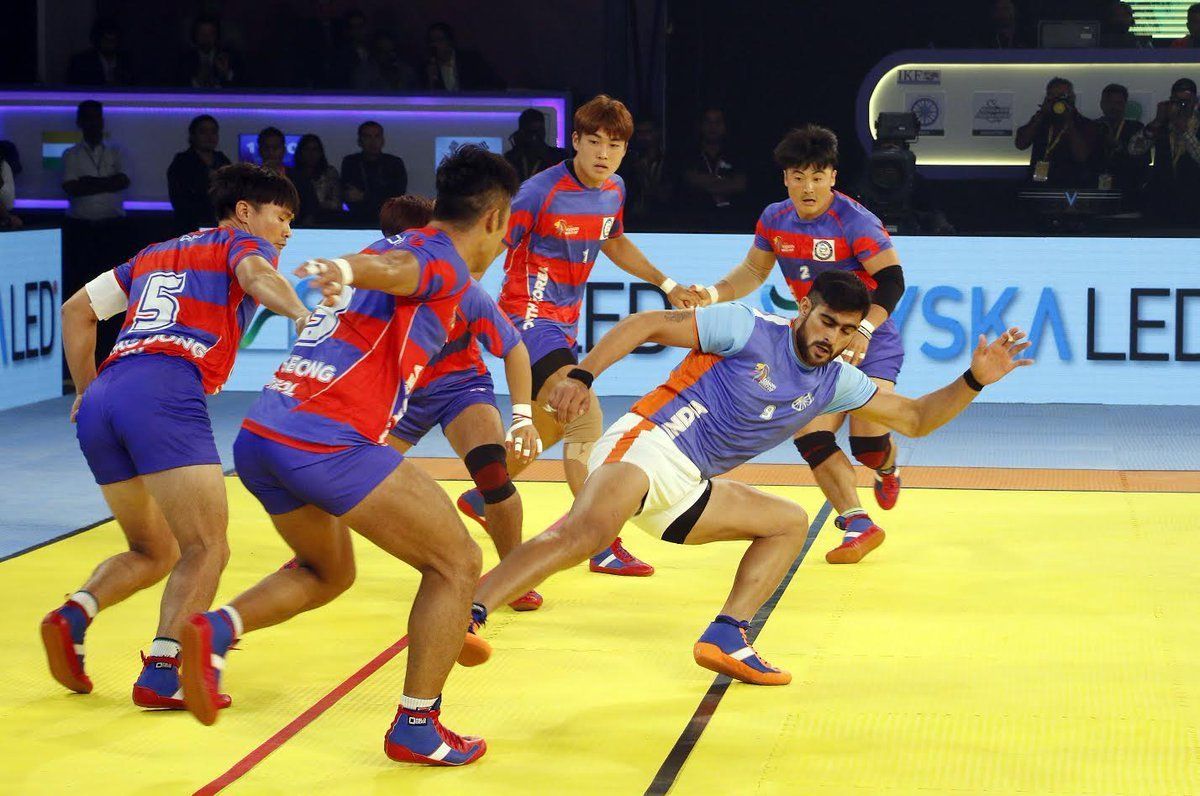 In kabbadi, the team composition is set and follow a pattern. The team on the field has five members. At least one is heavyweight. Two are medium built. The rest four are agile and are more prone to do the delivery or enter the opponent’s field. But how that would determine a win? Well, in kabbadi there is a practice of keeping extras. These extras are not just there as a replacement for an injured player but are extensively and strategically used to turn around the outcome of the game. You can change the constituent of your team per your opponent’s strategy and all this happens not on gut feeling but a well through logical decision. There is mathematics behind it. The decisions are taken on the opponents remaining strength, our strength, the time remaining, the scores, and how to draw the current round. Having a draw unlike other games is also a powerful move in kabbadi and so is in business. This is in layman terms is game theory, the prime tool deciding the fate of businesses. OK I know that was heavy. Game theory is and so is kabbadi so let us come to a lighter sport the sport called kho kho. Kho kho is a popular game in Indian schools. I kid you not in ancient India the game was played and chariots and was called Rathera. Kho Kho has a 12-member team of which 9 sit on their knees and their job is to catch the other 3. If the person who is chasing who belongs to the sitting member team touches one of the three, they are out of the game and if he touches his own sitting-team member, the turn comes on the one who is touched and his job is now to chase while the one who touches takes a rest. It’s a game of speed, agility, and superior nerve reflex demanding every player to be on their toes. How then such a game tells about management? Well, you see in kho kho the chaser is not allowed to move between the sitting members but the opponents are given that liberty. This means the chaser if only a single handily decides to catch the opponent they will burn out so the logical step is to pass the turn to other members. This concept of burnout is a very true phenomenon plaguing any team in businesses. Heavy work, deadlines can make your team lose their sense of control not only on projects but on their lives. The people involved will get bored, distressed, and might abandon the company itself. Look at IT companies. It’s a widespread phenomenon where people don’t stay even for monetary gains. The burnout management is a critical aspect and kho kho is the epitome of it. Members are free to change shifts, they are allowed to work as much as they are responsible and are not treated as children. The goal is achieved not because of a certain set of rules or standard operating procedures but because of the team’s collective effort and understanding. The game itself has low communication but everyone understands everyone. They may not even compatible but work as a single organism. The entire game of kho kho can be summarised in a management book called Maverick, the writer of whom is a successful businessman as well as one of the best managers in the business world. With that being said, let’s come to the final game for this article. The ultimate game of management and strategies. The game teaches not only management but theories of war. Shatranj or Chess. No other game encompasses the concept of business as much as chess. Asset management. Yes, you have to save your pieces. Time management. Chess has it. It’s a time-bound game. Game theory. Chess is the game theory. Risk assessment. That starts with the first move. Skill management. Chess has pieces that have only a certain set of moves they can do, be also called their individual skills, so yes team skill management is checked. Workplace ergonomics. Yes, you have to make a sustainable environment for your game similar to how on job floors proper ergonomics play a vital role. Creativity. Yes. How would you win such a game then? Gambit, a process of making an intentional sacrifice for higher gains. That is the epitome of chess. So, there is no concept in business you can’t relate to chess. So, if you think sports has nothing to do with management or your managerial skills. I think you are wrong. So, if you are a manager and are in a fix about your business then put down those Harvard case studies and enjoy some Indian games.