An ugly fall-out between German sneaker giants Rudolf and Adolf Dassler saw that their company divided into the two behemoths we know today – Adidas and Puma. 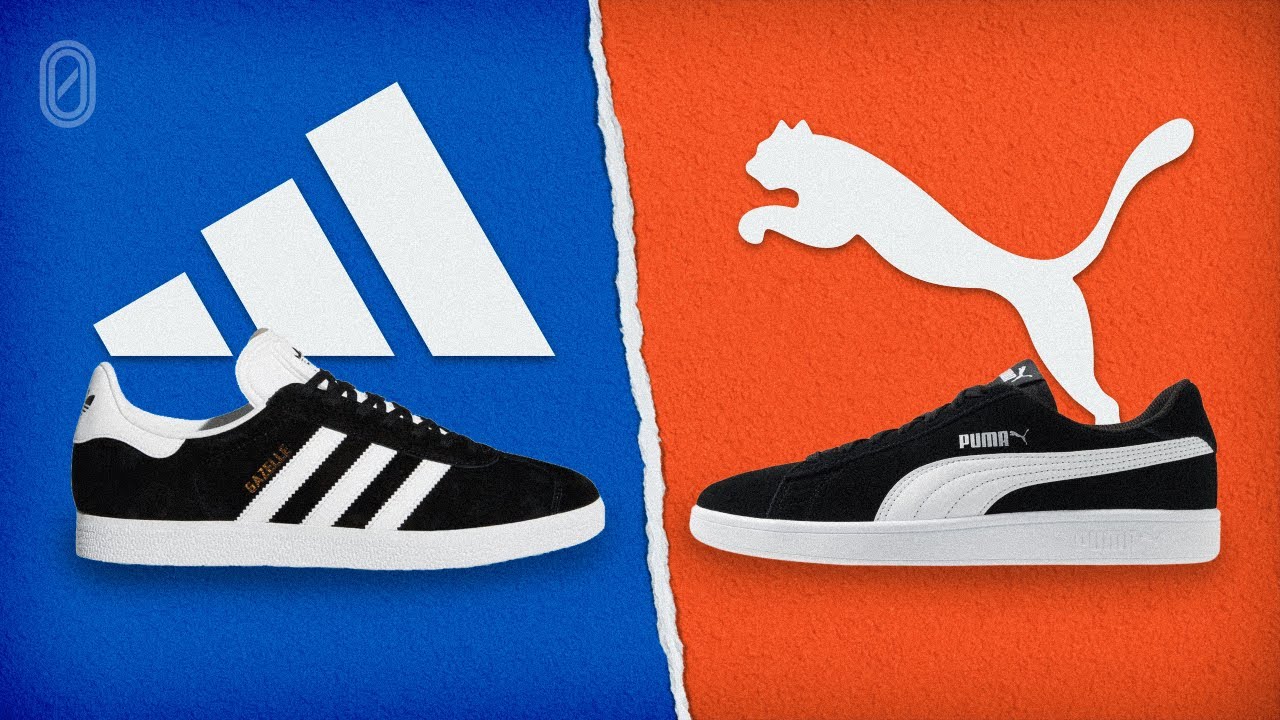 The shoes that African American track star Jesse Owens wore to the first-place podium at the 1936 Olympics were designed by none other than the German brothers Rudolf and Adolf Dassler, founders of one of the most prosperous athleticwear companies in Nazi Germany from inside their home, but hostility between them saw their company split into two entities, though they still remain giants of the market to this day: Adidas and Puma.

Woven into a simple pair of leather sneakers was fraternal resentment, debauchery, wartime treachery, lifelong separation, and the fate of a German town. But these things, along with the fascist origins of two athletic wear mammoths, have been all but forgotten from the common conscsiouness.

The Dasslers Get the Ball Rolling

The Dassler brothers initially started sewing shoes in 1919 from the laundry room of their family home in Herzogenaurach, Germany. They named their company Sportfarbrik Gebruder Dassler or Geda in short. By 1927 the company had grown to 12 additional workers, forcing the duo to find bigger quarters. The company operated with outgoing Rudolf as the salesman and introverted Adolf as the designer. Among their achievements was preparing the first metal-spiked sneakers, now known as cleats.

But the greatest moment in the shoemakers’ career came during the 1936 Olympics in Berlin. Like every Olympics, the games were held in the spirit of competition and bringing the best in the world together. Although, in pre-World War II-era Germany, the entry of immensely gifted athletes not from their ideology put the expansion of the Nazi at risk.

Indeed, non-white athletes questioned the virtues of Aryan supremacy and extraordinary athletes like Jesse Owens proved that white skin didn’t indicate anything other than white skin. So why did two German brothers who were Nazi party members, give a pair of hand-crafted cleats to Jesse Owens?

The answer lies in marketing. Probably. The athletes acquired seven gold medals and five silver and bronze medals between them. Four of the golds belonged only to Jesse Owens. Owens became a superstar, and Adolf Dassler had designed his winged sandals. “The company would probably have gone through the ceiling”, historian Manfred Welker said in an interview with Business Insider. “But then the war came.” 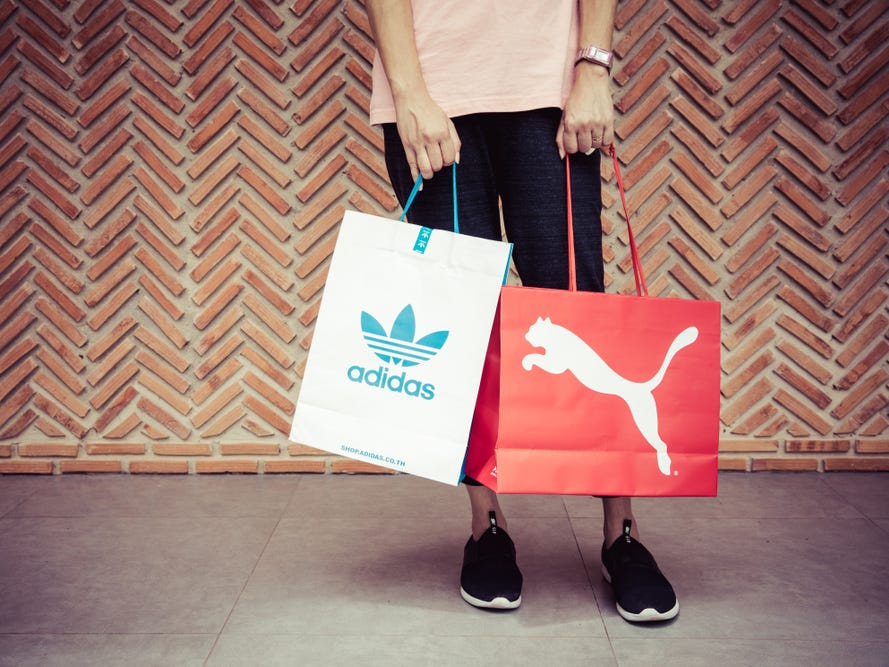 Sadly from here on, the tale of Adidas and Puma becomes one of fraternal hostility. While nobody is completely certain what really happened between the brothers, there are theories. One rumour states that Adolf had planned for Rudolf to be summoned by the German Army in 1943 as a way of getting him out of the business. Other records claim that Rudolf had willingly joined.

When Rudolf left in 1945, Adolf Dassler apparently informed the Allies about his brother’s location, leading to his captivity. Even after the war finished and Nazism became uncouth, both brothers tried to portray the other as the bigger nationalist.

A more dramatic theory asserts that the two brothers and their families were forced into the same shelter during an Allied bombing. When he saw Rudolf and his family in the shelter, Adolf Dassler supposedly exclaimed: “The dirty bastards are back again.” Adolf was presumably referring to the planes, but Rudolf took it as a personal insult against him and his family. All of this was just to say that eventually, in 1948, the Dassler brothers officially parted ways.

The division between the two brothers though had grown to such an extent that it broke their hometown into two. Sportfarbrik Gebruder Dassler was split into two companies: Rudolf’s company Puma took the south bank of the Aurach River and Adolf’s company Adidas took the north.

Almost everyone in the small town was employed by one of the two companies and Herzogenaurach was thus nicknamed “the town of bent necks” since each group would eye one another for the telltale marks of their brand.

“When I started at Puma, you had a restaurant that was a Puma restaurant, an Adidas restaurant; a bakery…The town was literally divided. If you were working for the wrong company you wouldn’t be served any food, you couldn’t buy anything. So it was kind of an odd experience.”

The brothers remained hostile till their demises, even buried in opposite ends of the same local cemetery. The companies remained each others’ competitors until the 1970s when they went public. Even then, many families were rigidly Puma or Adidas and would not swap their allegiance.

The companies didn’t harmonize until long after their creators’ deaths when they competed in a friendly inter-company soccer game in 2009. 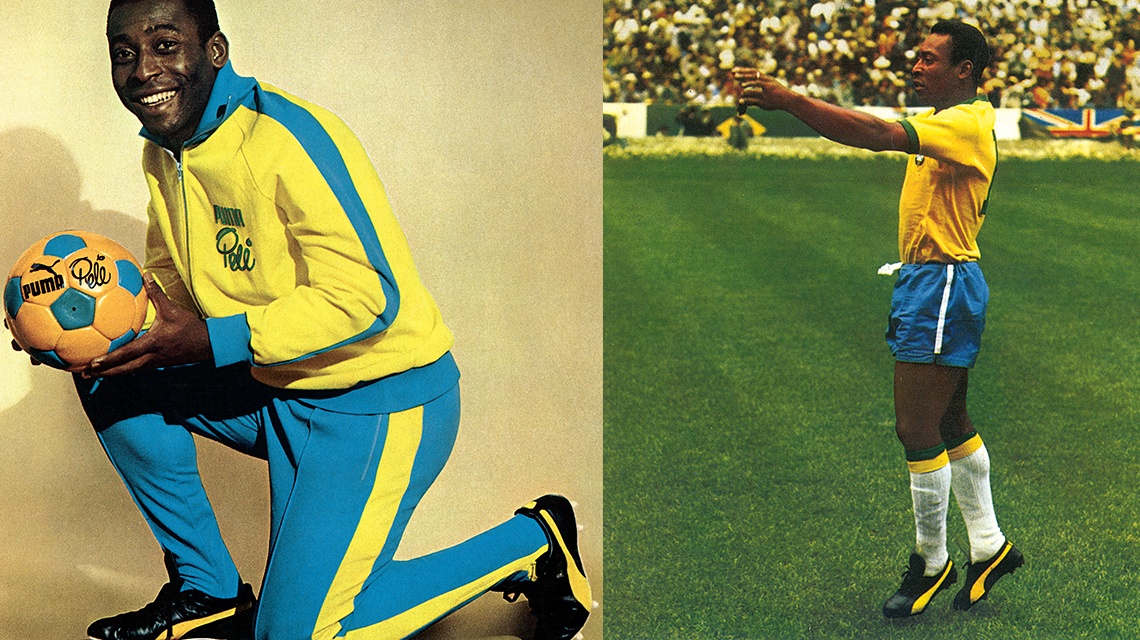 The Aftermath of the Dassler Brothers’ “Giant-Brands”

Although both brands are behemoths in sportswear, Adidas is said to have forever changed soccer. The company launched screw-in cleats, which debuted in the 1954 World Cup. Then, in the 1990s, Adidas introduced the Predator cleat. Ultimately, the company has been adjusted for streetwear and is cruising over the sports apparel business with ease.

Puma, obviously, was not far behind either, gracing the feet of Pele, as he went on to clinch three World Cups.

The story of the Dassler brothers’ Puma and Adidas is a complex one. It is more than just the narrative of sneaker companies. It is the tale of World War II-era Germany, capitalism, shrewdness and intense family enmity.